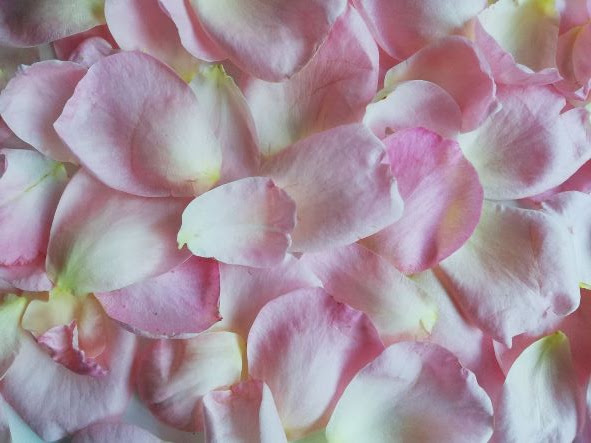 Hello! My name is Gina, and I am a homeschooling mother of five children ages 10-22.  I have been helping nursing moms in various ways for 20 years, and I have been a volunteer International Board  Certified Lactation Consultant (IBCLC) since 2007.  I also have a BS in Mathematics and a BS in Basic Sciences from New Mexico Tech.

Benefits of Breastfeeding for Mom 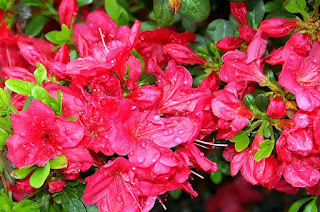 1. Breastfeeding helps mom’s body recover from pregnancy and birth more quickly, and it helps her uterus contract and return to its pre-pregnancy size.  It also helps with the delivery of the placenta.

8. Breastfeeding makes it easier to handle tantrums and when baby is out of sorts which makes things just a little easier on mom.

10.  Breastfeeding encourages extra cuddles with baby which is good for mom’s heart ❤️

Did You Know that Kangaroos Tandem Nurse Their Babies?

My kids and I watched a cool documentary today about red kangaroos.  I would like to share it with you!

An unborn kangaroo's baby - a joey - gestates for just 34 days and then after birth makes its way to the mother's pouch.  Once it arrives, it attaches to one of her nipples and suckles constantly for more than two months straight!  At that same time, the mother kangaroo could also have an older joey that is fully developed and does not need to stay in her pouch 24/7.  However, this joey may still nurse and has its own nipple inside the pouch.  Each nipple - the one for the newborn joey and the one for the older joey - provide different types of milk!  If you would like to read more about this fascinating topic, go to this website.

Although humans are different than kangaroos, human milk does change over time as the baby nurses.  The first milk is colostrum which is high in protein, immunities, and beta carotene.  Colostrum is low in water, fat and volume.  Then over the next three weeks or so breast milk increases in fat, carbohydrate and calories.  Breast milk gets fattier as a nursing session goes on, and the volume of milk is greater at night.

After a premature birth, breast milk stays higher in protein for a month compared to the amount found after a full term birth.

I hope you have found this as fascinating as I do!

COVID Vaccines and Breastfeeding: What the Data Say

Association between breastfeeding and new mothers’ sleep: a unique Australian time use study

Breastfeeding in women with rheumatic diseases

The need to study breast milk as a biological system

New insight into why breastfed babies have improved immune systems

The safety of asthma medications during pregnancy and lactation

Duration of breastfeeding, age of introduction of complementary foods and allergy-related diseases

Tandem Breastfeeding: A Descriptive Analysis of the Nutritional Value of milk When Feeding a Younger and an Older Child

Update on the transmission of Zika virus through breastmilk and breastfeeding

Breastfeeding and the risk of childhood cancer: a systemic review and dose response meta-analysis

Exclusive breastfeeding moderates the association between prenatal and postpartum depression

Association between breastfeeding and child overweight in Mexico

A few weeks ago my husband saw a deer nursing her "toddler" in the middle of the street in our town.  The "toddler" was trying to nurse, but after a minute or two walked away either because there were cars and she didn't feel safe or because the "toddler" had been nursing on and off all day and it was time to move onto something else.

I nursed all five of my children into toddlerhood.  I understand how the mother deer felt.  She probably thought, "You want to nurse again and in the middle of the street?"  It is definitely a different experience nursing a child of 2, 3 or 4 years old versus a baby.  In general, most of the breastfeeding issues of the baby period are past, but then other unique challenges are present.  One challenge I experienced was at some point my toddlers modified their latch; it was uncomfortable.  Also, some toddlers nurse very frequently throughout the day and night - almost like a newborn - which can be exhausting.  I did not get as much sleep as I would have liked for almost 15 years!
However, there are so many blessings to nursing your toddler; I have no regrets.  Has your toddler ever melted down and then you offered your breast and the the world became right again (for both of you)?  I am not sure I could have survived toddlerhood five times without breastfeeding.  Another blessing of toddler nursing is it provides that special time for both of you to reconnect after a busy day and it gives you, the mom, a chance to sit down for a few minutes and rest.  When your child gets a stomach bug and will not eat solids or drink anything but water and breast milk, breastfeeding can help prevent dehydration.  I experienced this with several of my toddlers.  It was so scary when they weren’t eating and drinking like usual and also vomiting! Breastfeeding comforted us both!  Did you know that your nursing toddler still gets all the nutritional benefits of your milk and as he or she weans over time, the immunological properties actually become more concentrated?  By continuing to nurse, you get increased protection against breast cancer, too.  Toddler nursing also extends lactational amenorrhea which means greater spacing between babies and a delayed return of menstruation.
There are also fun parts to toddler nursing.  Some of the positions toddlers want to nurse in are hilarious!  And it is so sweet when your toddler comes up to you and says "nursies" in his or her cute little voice!
When my children were toddlers, I really felt supported by the book, Mothering Your Nursing Toddler.  I also felt supported by my local breastfeeding support group meetings.  I have started a monthly breastfeeding support group meeting in Los Alamos on the fourth Saturday at 10 AM at Urban Park.  I hope I can support you, too, in nursing your toddler!
Here are a few webpages that might be helpful to you:
The Milk Meg: Breastfeeding Toddlers
Kellymom: Breastfeeding Your Toddler
Kellymom: Nutrition for Breastfeeding Toddlers
at September 26, 2021 No comments:

Mastitis is a fairly common malady in nursing moms.  It is the inflammation of breast tissue due to many possible reasons such as infection that was introduced from cracked nipples or from other sources, engorgement, inadequate removal of milk, skipped feedings, pressure on the milk ducts from tight clothing or sleeping positions, stress, and fatigue.

Possible symptoms of mastitis include: a hard lump or area of engorgement that feels hot, tender and red; pain in the breast without a visible area of hardness or engorgement; red streaks extending outward from the swollen area; fever; chills; and flu-like symptoms.

If you think you may have mastitis, start home treatment right away.  Get in bed with your baby, drink extra fluids and have someone help you around the house.  Nurse on the affected breast at least every two hours (and also nurse on the other breast, too).  If it is too painful to nurse on the affected side first, start on the other side until you get a letdown and then switch back to the affected side.  Use heat (a warm washcloth or a warm shower are good options) and light massage before nursing your baby.  Offer the affected breast first and massage the breast from the area of the plugged duct towards the nipple.  You can also try breast compressions and dangle feeding.  After nursing, hand express or pump for a few minutes if your baby did not seem to empty the breast enough and use cold compresses for comfort.  You can also consult your health provider about using a pain reliever.  If your symptoms are fairly mild and you have only had them for less than 24 hours, continue with home treatment.  If you are pretty sick or your symptoms do not improve within 12-24 hours, please call your health care provider.